In January 1965, Graeme Dorrance, chief of the Financial Studies Division at the IMF, wrote an article called Inflation and Growth: The Statistical Evidence for an issue of IMF Staff Papers.

It might not sound particularly exciting (it is not an easy read). But it was, as the IMF proudly pointed out when he offered up his next paper, “widely reprinted” at the time — something I suspect you didn’t get much with IMF papers in the 1960s.

Why was it so popular? Because it made something almost ridiculously complicated suddenly look very simple. Dorrance introduced the idea of a magic number for economic management — 2 per cent. This, he said, in relatively advanced economies at least, looked to be the optimum inflation level, for “encouraging growth in output”.

He figured that deflation was impossible given that developed economies were jammed by trade unions and monopolistic price-setting companies. Totally stable prices were possible (zero inflation) but not particularly desirable — if prices can’t fall, you need a little inflation to allow relative prices to adjust. Two per cent seemed to work for that — and seemed to be working for Italy, Denmark, Japan and Nicaragua at the time.

So there you have it. Fiddle with interest rates until you get your magic number and the rest would take care of itself. Hello, long- term economic growth.

Or not. Not everyone was impressed by the argument at the time — an article in the now defunct Statist magazine a year later dismissed the whole thing as a confusion between correlation and causation combined with the careless use of averages.

The author, who doubted “there is a link at all” between inflation and growth, said you can’t take all the complications of an economy and boil it down to 2 per cent.

Fifty-five years on, most major central banks claim an inflation target of 2 per cent — everyone likes magic numbers. But it is beginning to look like they might be coming around to the Statist view too.

Look to the UK. Here CPI inflation is running at 3.1 per cent and the Bank of England expects it to peak at 5 per cent near year. That’s more than double our magic number — so you’d think that rates would be on the up at some speed.

While rates will rise from here, there is going to be some epic foot dragging along the way — and you are very unlikely to see them near or above inflation for the foreseeable future

Yet despite heavy hints from various policymakers that we would on Thursday see a rise from the lowest-ever base rate of 0.1 per cent to 0.25 per cent we saw no change.

There is some sense in this. The inflation we see at the moment is based on supply problems, rising energy prices and increased labour costs. A 0.15 percentage point rise in interest rates can’t do much to help with these things. And if they are related in the main to pandemic policies and are therefore temporary anyway, why not just ignore them — and let inflation naturally fall back to earth next year as shortage turns to surplus?

The first problem with this argument is that it only partially holds good. You can’t have supply constraints without demand for the goods in the first place — so to the extent that a rate rise would curtail demand it would at least slightly damp inflation.

The second issue is that almost as soon as the “it’s just a supply” block argument was made, the Bank of England effectively dismissed it. Rate rises might not be necessary now it said but “providing incoming data is consistent with forecast” they may be “necessary over the coming months”.

There is no suggestion that the BoE expects the drivers of inflation to change, so why not act now?

The third problem is about reputation and expectation. The Bank has told us for ages that the inflation we feel all around us is transitory. But it is also now telling us that it is “materially higher” than expected.

If officials believe in their magic number — and want us to feel certain in their confidence in it — they should surely confirm that to us with at least a small rise in rates now.

That’s particularly the case given that with most mortgages fixed and household finances reasonably healthy, the negative impact of a tiny rise would be fairly limited. Pantheon Macroeconomics points out that bank debt as a percentage of household annual disposable income is slightly lower than in 2017 and much lower than in 2008. 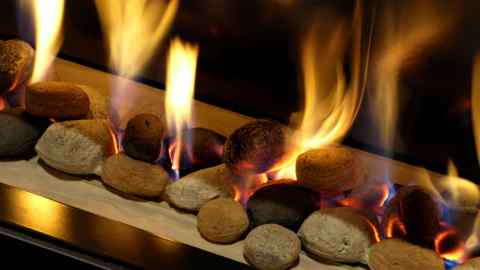 On the plus side, there is useful information in all this for investors. The key takeaway should be that while rates will rise from here (fix your mortgage fast if you are one of the few who has not) there is going to be some epic foot dragging along the way — and you are very unlikely to see them near or above inflation for the foreseeable future.

Anyone expecting to make a real return on cash on deposit any time soon will be sorely disappointed. This brings us to the dilemma of how those looking to get an income from savings or investments can actually get one.

The answer here might be to think about why so many equities are so low-yielding in the first place. Low interest rates make dividends more valuable and so force up share prices — effectively turning what was yield into capital gains.

If you can get your head around this, the next step is to think that it makes perfectly good sense to treat some of those gains as though they are income. Hold that thought and have a look at Alliance Trust. The trust (big, global, diversified) has just announced that it is to reset its quarterly dividend at a materially higher level — up about 30 per cent to 2.3 per cent — with the intention of continuing to increase it every year as well.

That dividend will not be covered by the income the trust receives from its investments every year — so its introduction effectively represents the conversion of some capital into income. Back in the days when savings accounts paid interest at higher than the rate of inflation and stock market valuations looked vaguely reasonable, that might have looked like a bad thing. Today it seems perfectly reasonable.