The Reserve Bank of New Zealand on Wednesday raised interest rates by 25 basis points to 0.75 per cent as it moved to take the heat out of the economy and rein in surging house prices.

The RBNZ’s aggressive campaign of rate increases will be closely watched by central banks around the world as they consider how to react to a global rise in prices.

The RBNZ thinks the neutral level of interest rates — at which monetary policy would neither stimulate or restrict the economy — is about 2 per cent. Its new forecasts suggest rates will have to rise to 2.6 per cent by December 2023, compared with the 2.1 per cent it forecast in August.

That suggests the bank thinks the economy will run too hot for a period and it will have to use restrictive policy to get inflation back on track.

Capacity pressures in New Zealand have become more severe. The RBNZ expects the consumer price index to rise above 5 per cent in the near term before returning towards the 2 per cent midpoint of its target range by the end of 2023.

New Zealand’s central bank is unusual among its peers in that both inflation and employment are running at or above target levels, which has put pressure on the central bank to reduce monetary stimulus.

The RBNZ judged that the near-term rise in inflation was accentuated by higher oil prices, rising transport costs and the impact of supply shortfalls. There is a risk that those shocks would generate wider price rises given domestic capacity constraints, it noted.

The bank also cited climate change for the first time as a contributing factor for inflation.

“In the near term, climate-change-related price movements could be large and generally positive,” the RBNZ said. 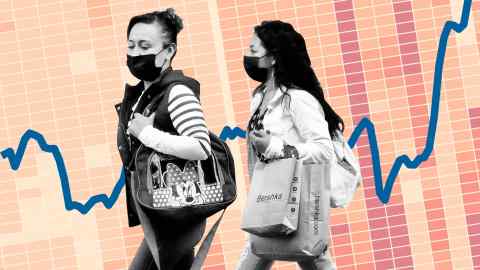 At the board meeting, the RBNZ discussed the case for a bigger rate rise because of capacity pressures, the higher starting point for inflation and the risk that near-term inflation would become embedded in price-setting behaviour.

But it chose not to do so because of uncertainty about the resilience of consumer spending and business investment as New Zealand adapts to living with the Covid-19 virus. Until recently, Wellington pursued a zero-Covid policy.

Another reason was the tightening in monetary conditions that has already taken place as banks raise interest rates to households and businesses.

The RBNZ discussed the stimulus being provided by the lingering impact of its asset purchase programme and said it expects to reduce its bond holdings. It will provide details early next year.

In its forward guidance the RBNZ said: “Further removal of monetary policy stimulus is expected over time given the medium term outlook for inflation and employment.”