New Zealand’s runaway house prices could be brought back to earth by low net migration if the coronavirus pandemic keeps the country’s borders closed, according to the central bank’s deputy governor.

Geoff Bascand told the Financial Times that if house prices cooled down faster than expected, it could affect the Reserve Bank of New Zealand’s forecast for rapid interest rate rises next year.

If New Zealand was slow to reopen its borders and more of its residents moved abroad, that could put a check on population growth and reduce demand for housing, he added.

Bascand’s comments highlighted the challenge for central banks in forecasting inflation as reopening from pandemic lockdowns affects supply and demand for goods.

“If population growth stays very slow, the housing market could correct a bit faster,” said Bascand, who is expected to step down from his role in January after almost a decade as deputy.

Faster cooling of house prices would factor into the RBNZ’s decision-making on interest rates, along with the global economic outlook, the strength of domestic demand and capacity pressures from tight labour supply, he added. 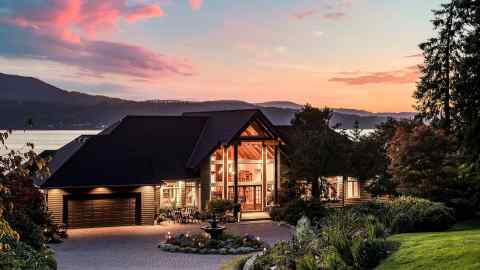 The RBNZ raised interest rates in November by 25 basis points to 0.75 per cent, its second rate rise in as many months as the economy started to overheat. The bank has projected that rates will reach 2 per cent by the end of 2022 and peak at 2.6 per cent by December 2023.

The RBNZ also forecasts net migration will gradually increase to about 24,000 people a year as border restrictions ease, but that would depend on a reopening to international travel. Net migration is currently slightly negative.

Lower migration would reduce demand for housing but it would also reduce the supply of labour. “How that plays out exactly in terms of inflation pressure will be interesting to see,” Bascand said.

For the first time in decades, New Zealand’s housing stock is expected to be balanced once current building projects are completed, making net migration all the more important.

On a two- to three-year horizon, Bascand said it was hard to see what would hold house prices up given rising interest rates, slow population growth and continuing housebuilding.

New Zealand house prices have risen sharply in the last two years, increasing 28.4 per cent in November year on year, according to CoreLogic’s house price index. Price gains have continued despite the government introducing stricter tax policies on rental income and on capital gains, and the RBNZ tightening loan-to-value restrictions back to levels previously imposed in 2016-2017. 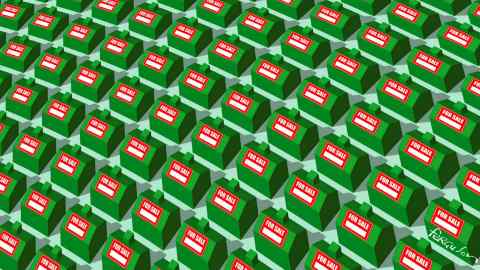 The RBNZ regards the current levels of house prices as unsustainable and a threat to financial stability. It is consulting on new residential mortgage restrictions, which will consist of two tools: limits on debt-to-income ratios and a floor on the interest rates banks must use to test whether a borrower can afford a mortgage.

Even with headline inflation in New Zealand running close to 5 per cent, the RBNZ believes public expectations of future inflation are well-anchored and insists it has low appetite for any policy that would put that at risk.

Signals the public was starting to expect higher inflation “would be a significant factor in our decision-making”, said Bascand. “If we thought [expectations] were becoming unanchored, it would be a worry.”

Bascand acknowledged the risk that high inflation could affect public expectations. “We think there’s a risk that wage and cost pressures might rise and lead people to think there will be more inflation,” he said. However, rising mortgage rates would offset that concern, as they start to bite in the housing market.