Demand for inflation-linked bond exchange traded funds has been surging in recent months as investors seek protection from steeply rising prices across the world.

So-called linker ETFs registered global net investor inflows of $31.7bn in the first nine months of 2021 — more than double the $15.7bn they attracted over the whole of last year, according to ETFGI, a London-based consultancy.

Total assets held in inflation linked ETFs had risen to $114bn by the end of September, up 39.5 per cent from $81.7bn at the end of last year, according to ETFGI.

Deborah Fuhr, founder of ETFGI, attributes the sudden shift to recent big rises in the cost of living, globally. “Investors’ concerns about inflation are driving inflows into inflation-linked bond ETFs,” she says.


Total assets held in inflation-linked ETFs by the end of September — up 39.5% from $81.7bn at the end of last year

These concerns are now at such a level as to push inflows into inflation-linked bond ETFs — previously seen as a niche product in most investors’ portfolios — ahead of flows into traditionally more popular categories, such as corporate bonds, high yield and emerging market ETFs, Fuhr notes.

And the flows only underscore how difficult it is for bond investors at the moment, according to Michael John Lytle, chief executive of Tabula Investment Management, a fixed-income ETF provider. He points out that they are facing a period of high uncertainty when so-called experts have little to go on.

“Economies are not overly good at expanding rapidly with unknown dynamics,” Lytle observes — referring to the rebound after the global contraction caused by the Covid-19 pandemic. He adds that the world has entered a phase in which “prognosticators” are effectively “speculating when prices will come back down again”.

“Anything’s possible,” Lytle says. “The thing that’s happened in the last few months is that prognosticators are all over the map.” Usually, he points out, there would be far more consensus.

“So investors need inflation hedging tools that they previously never needed,” he adds. 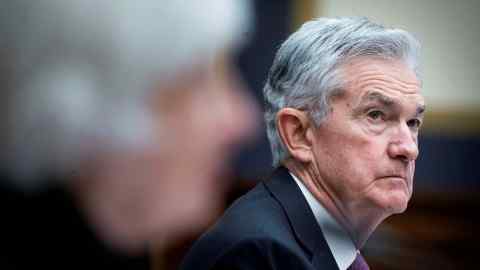 However, ETF investors also need to have some understanding of how the underlying linker securities work, so that they can understand what kind of protection they are buying.

Alternatively, investors can choose to invest in ETFs that track an index of inflation expectations, otherwise known as the break-even rate.

Tabula believes its US Enhanced Inflation Ucits ETF (TINF) is unique in offering exposure to both.

When choosing inflation protected ETFs, investors must think about the duration of the underlying securities, as well. “The longer the duration of the instrument, the more exposure you have to interest rate changes,” explains Lytle. A lot depends on how long an investor plans to stay invested and whether they believe that the current sharp rise in inflation will be transitory or become entrenched.

Market views on exactly that point have been changing rapidly. For example, short term government bond yields rocketed in October, as the market began to price in anticipated central bank rate rises.

The $35.7bn iShares TIPS Bond ETF (TIP) — which invests in bonds with a range of maturities — attracted the lion’s share of flows into inflation-protected bond ETFs, taking in $8.4bn in the year to October 21, according to data from CFRA. At the end of October, holdings in the iShares fund — the largest inflation protected ETF in terms of assets under management — had a weighted average maturity of around 8 years. Bonds with a 3-5 year maturity constituted the largest proportion of the portfolio, at approximately 23 per cent, but nearly 16 per cent of the portfolio was in bonds with a maturity of more than 20 years. The fund had no holdings of bonds with a 10-15 year maturity.

Schwab’s $21.4bn US Tips ETF (SCHP) — another linker ETF that CFRA would consider an intermediate maturity product with a weighted average maturity of about 8 years — was ranked third for inflows. It accrued $6.7bn in the same 12-month period.

By contrast, Pimco’s $880m 15+ Year US Tips Index Exchange Trade Fund (LTPZ), which has an effective maturity of more than 23 years, had attracted just $120m.

While inflation has been dominating headlines there is no suggestion from analysts that investors should be shifting a significant portion of their portfolios to ETFs providing protection against rising prices.

“It’s not about reorienting your portfolio to 50 per cent inflation products, that would be insane,” says Lytle. He suggests that investors should still try to build portfolios that they believe will generate the best returns.

Todd Rosenbluth, head of ETF and mutual fund research at New York-based CFRA Research agrees that linker ETFs should be only one part of an allocation strategy. “Inflation-protected ETFs are well suited for a slice of your fixed income exposure,” he says. His advice is that investors consider using these products for a portion of their exposure to US Treasuries — or as a replacement of that existing exposure.