The country’s consumer price index, which tracks retail inflation, rose to 4.9 per cent in November after bottoming out in September. The wholesale price index, which reflects prices for businesses, has surged to a record of 14 per cent and has remained in double digits for most of the year.

The uptick in prices comes as authorities around the world fear a surge in inflation in economies rebounding from early pandemic-induced shocks.

The government this week banned trading for one year in several agricultural futures contracts such as soyabeans, wheat and palm oil, in response to concerns about rising food inflation.

While retail food inflation has remained modest in recent months, domestic soyabean prices — for example — have nearly doubled this year, according to CNBC-TV18.

The ban was introduced ahead of polls in several agricultural states. Uttar Pradesh, India’s largest state that is controlled by Prime Minister Narendra Modi’s Bharatiya Janata Party, and opposition-ruled Punjab will both hold elections in the early months of 2022.

Some agricultural groups had called for bans, arguing that speculative trading in futures markets had exacerbated inflation. Indian authorities have taken similar steps to outlaw futures trading in the past despite a lack of evidence that it helps control inflation.

“Derivatives are not behind the price rise,” said Kishore Narne, head of commodities at brokerage Motilal Oswal. “It’s more for the optics . . . The government wants to show people that it’s trying to control food inflation.”

Uttar Pradesh and Punjab have both been the source of fierce opposition to a series of market-friendly agricultural reforms introduced by Modi last year, which farmers argued would jeopardise their livelihoods. After a year of sustained protests the government repealed the laws last month.

The Reserve Bank of India remains relatively relaxed about inflation, however, despite concern from other central banks.

Retail inflation of 4.9 per cent remains within the RBI’s target range, and it has left interest rates untouched at a record low of 4 per cent since March 2020. 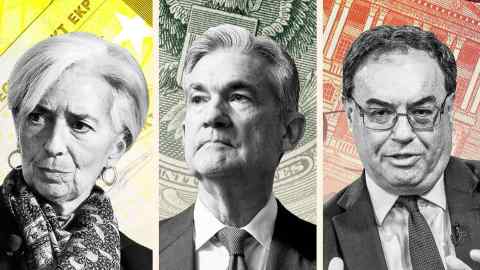 RBI governor Shaktikanta Das has emphasised the importance of supporting India’s economic recovery, particularly given the global spread of the Omicron variant. India has reported about 200 confirmed cases of the new coronavirus variant.

Das said this month that the RBI would maintain an “accommodative” stance “as long as necessary to revive and sustain growth on a durable basis and continue to mitigate the impact of Covid-19 on the economy”.

India’s economy grew 8.4 per cent year on year in the September quarter, though the rebound reflects little actual expansion of the economy after a sharp contraction during a strict lockdown last year. Consumer and business activity has picked up sharply.

“The RBI continues to be quite comfortable in its rhetoric on inflation being transitory, driven by one-off factors,” said Priyanka Kishore, head of India at Oxford Economics. “One would think they’re in the realm of fiscal rather than monetary policy at this point.”