A surge in festive spending has boosted hopes that India will regain its title as the world’s fastest-growing large economy, even as analysts warn of deep challenges facing a country whose consumers and businesses are still bruised by the coronavirus pandemic.

Sales over Diwali, the Hindu festival of lights that was celebrated last week, surged to a record Rs1.25tn ($16.8bn), according to Nomura, a 75 per cent jump from last year and well beyond the usual 20 per cent year-on-year growth.

The surge underscores how economic activity has rebounded sharply, contributing to the bullish mood. This has been due in part to a big drop in daily Covid-19 cases to about 11,000, from 400,000 in May when a brutal wave of infections overwhelmed health systems.

Other indicators, such as mobility and electricity demand, have also bounced back. But economists are divided over how sustainable the rebound is, as rising prices pinch consumers and a coal shortage threatens to eat into industrial output.

“Cases are down . . . and because last year’s Diwali was quite subdued, everyone was out and about this time around,” said Shumita Deveshwar, senior director of India research at TS Lombard. “This is a short-term boost. I don’t know whether it’s going to turn into a long-term recovery.”

The IMF expects India’s gross domestic product to grow 9.5 per cent in the year ending in March, compared with 8 per cent in China and more than any other large economy. That, however, reflects a correction after it shrank 7.3 per cent last year, and will leave the size of the economy little changed from two years ago.

India on Friday will report its latest inflation and industrial production numbers, which are expected to highlight some of the challenges still facing the recovering economy.

Industrial output growth has been slowing since the summer, exacerbated by factors such as steep cuts in car manufacturing forced by the global semiconductor shortage. The recent shortage of coal, India’s main electricity source, prompted the government to divert fuel from industries such as steel factories to the power system.

Analysts said the power crunch threatened the output of metals and other core materials. “That would obviously have a spillover effect to other industries,” Aurodeep Nandi, an economist at Nomura, said. “I don’t think we’ve reached a stage where all of this is yet reflected in data.”

Retail inflation, meanwhile, has fallen from more than 6 per cent in June to 4.3 per cent in September. But sustained price increases have hurt consumers, which prompted the government to cut taxes on petrol and diesel this month. 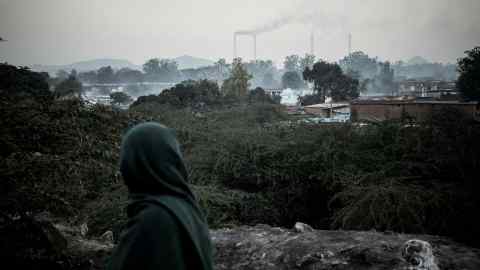 “We are seeing indicators that paint a mixed picture,” Nandi added. “That’s the challenge in understanding what’s happening with growth at this point.”

Oxford Economics, a research group, said that further progress on vaccinating India’s population was needed to buttress the recovery.

India has administered one Covid-19 jab to more than half of its population, with a quarter fully inoculated. Oxford expects 70 per cent of Indians to be fully vaccinated by the first quarter of next year.

“There does seem to be some loss in growth momentum,” Priyanka Kishore, Oxford Economics’ head of India said. “It’s a soft patch . . . [but] I’m pretty optimistic on 2022.”