China said domestic companies must gain approval before listing overseas if they operate in sectors deemed off-limits to foreign investors, closing a loophole for the country’s tech groups to raise capital in the US without undergoing regulatory scrutiny at home.

The National Development and Reform Commission, the state’s economic planning agency, said on Monday that local businesses in industries with restrictions on foreign investment must obtain clearance from “relevant” government departments before proceeding with overseas initial public offerings.

The regulator also said that foreign investors would face a 30 per cent cap on their holdings of such Chinese companies after listings and that they would be banned from operating and managing them.

“The days of freewheeling overseas listings are gone,” said Li Chengdong, founder of Dolphin, a Beijing-based consultancy, adding that “a nod from the Chinese government will be crucial for local firms to sell shares abroad”.

The NDRC said Chinese companies in the affected sectors could still raise capital abroad and that the rule “created policy space for [these firms] to list overseas”.

Foreign investors are restricted from investing in certain sectors in China, such as internet companies, but have long used complicated legal structures called variable interest entities to bypass such constraints and raise capital from abroad.

The policy comes during a tumultuous time for Chinese start-ups, and follows an announcement from the country’s leading ride hailing app Didi Chuxing this month that it would delist from the New York Stock Exchange, having previously gone ahead with its US IPO in June despite Beijing’s opposition over data security concerns.

That saga led not only to an abrupt end of a boom in Chinese tech groups listing in the US, but also cast a shadow over the future of companies structured as VIEs.

Investors and analysts said the new policy had eased concerns that VIEs could be banned, preserving a critical source of financing for China’s tech start-ups. 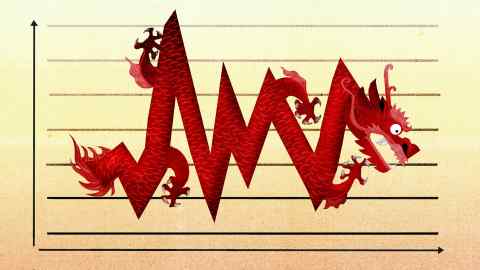 Li said the policy underscored efforts by Beijing to attract foreign capital while keeping a stronger grip on sectors deemed to be of strategic importance.

“The authority is keen to prevent the Didi incident from happening again, but it wants to provide a lifeline for dollar-denominated investment funds which count on New York listings to exit, as they are a crucial financier of China’s homegrown innovation.”

Some were cautious about what the overhaul would mean in practice. One Beijing-based private equity fund partner welcomed the regulation as it had made things “clearer”, but added that it was less certain how the IPOs of companies initially denied permission to list would proceed.

“There is a lack of transparency on what the review standards will be,” the fund partner said. “That worries us most.”