The Bank of England has raised interest rates from 0.1 per cent to 0.25 per cent in its first increase in more than three years, saying that the risks of inflation required pre-emptive action even as the UK is engulfed by the Omicron wave of coronavirus.

Surprising financial markets on Thursday for the second consecutive month and voting 8-1 in favour of higher interest rates, the bank’s Monetary Policy Committee decided it could no longer wait before trying to cool spending in the economy.

Admitting that inflation was heading up to around 6 per cent, he added: “We’re concerned about inflation in the medium term. And we’re seeing things now that can threaten that. So that’s why we have to act.”

Further “modest” rises in interest rates would still be needed in the months ahead, the MPC said, to keep inflation under control and bring it down to the BoE’s 2 per cent target.

The pound initially climbed following the BoE decision, but lost ground later in the day to close 0.4 per cent higher at $1.332.

The MPC said that the Omicron wave of coronavirus would knock the economy at the end of this year and in the first quarter of 2022, but the effects of the new variant on inflation were unclear. 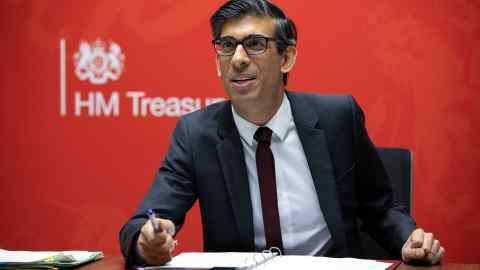 Justifying its decision, the majority on the MPC said: “The labour market was tight and had continued to tighten and there were some signs of greater persistence in domestic cost and price pressures.”

“Although the Omicron variant was likely to weigh on near-term activity, its impact on medium-term inflationary pressures was unclear at this stage,” it said.

With the BoE’s peak inflation forecast rising from around 5 per cent in April 2022 to a new forecast of about 6 per cent, the majority of the MPC felt that immediate action was needed to stop inflation becoming entrenched in companies’ pricing policies and wage demands.

The majority said there was some value in waiting longer to see the impact of the Omicron variant, but this was outweighed in their thinking by “a strong case for tightening monetary policy now, given the strength of current underlying inflationary pressures and in order to maintain price stability in the medium term”.

They added that there were likely to be more interest rate rises to come although these would not be rapid. “The committee continued to judge that there were two-sided risks around the inflation outlook in the medium term, but that some modest tightening of monetary policy over the forecast period was likely to be necessary to meet the 2 per cent inflation target sustainably,” the MPC said.

Mohamed El-Erian, president of Queens’ College, Cambridge, praised the BoE’s early rate rise as a move to quell inflationary pressures that had become persistent, which showed that “among central banks, the BoE has been ahead in understanding inflation dynamics and their implications for policy”.

The MPC voted unanimously to end its quantitative easing programme as planned at the end of this month, having created £895bn to purchase mostly UK government bonds.

For most UK mortgage borrowers, the rate rise will not produce any immediate rise in repayment rates since 74 per cent are on fixed-rate deals, according to UK Finance, the industry body. However, many banks and building societies have already raised the interest rates on their fixed-rate deals for new borrowers over the past two months, as markets had priced in expectations of rate rises in 2022.

Borrowers more immediately affected are those on variable rate deals, such as tracker mortgages or their lender’s standard variable rate (SVR), where lenders respond more quickly to changes in base rate.

With 850,000 borrowers on tracker rate mortgages, a rise of 0.15 percentage points will produce an average rise in monthly repayments of £15, according to UK Finance calculations. For the 1.1m borrowers on a SVR, the rise would be £9.58.