Australia will join the US in a diplomatic boycott of the Beijing Winter Olympics next year, in a move that risks worsening strained relations with China.

Scott Morrison, prime minister, said on Tuesday that it should come as no surprise that Australia would not send official representatives to the Games given “a number” of issues between the countries that China had not been willing to discuss.

On Monday, Jen Psaki, White House press secretary, said the Biden administration would boycott the Games in February because of the “ongoing genocide and crimes against humanity” in Xinjiang. China called the decision “a serious violation of the principle of political neutrality”.

Relations between Canberra and Beijing have worsened dramatically since Australia joined the Aukus security partnership with the UK and the US.

Human rights groups, which have criticised China for its policies in Xinjiang and clampdown in Hong Kong, have also urged governments and companies around the world to boycott the Winter Olympics.

“Australia is already in the doghouse,” said Jean-Pierre Cabestan, a professor in political science at Hong Kong Baptist University, adding that the diplomatic boycott was part of a “downward spiral” in Australia-China relations. 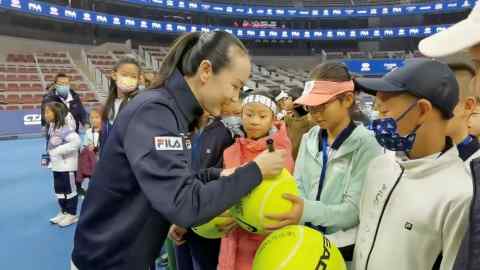 China is Australia’s biggest trading partner in terms of both imports and exports, accounting for more than A$245bn (US$175bn) worth of trade last year, according to Australian government figures.

Australia, meanwhile, is China’s sixth-largest training partner and a crucial supplier of raw materials. Last year, Beijing imposed an unofficial ban on Australian coal after Canberra supported a call for an international inquiry into the origins of coronavirus in Wuhan. Beef, wine, timber, cotton and seafood also faced steep tariffs.

But China’s need for Australian imports would limit its response, Cabestan said.

“The impact [of worsening relations] on trade has been significant in some sectors but limited in others like iron ore,” he said. “China needs Australia and Australian imports.”

Last month, Human Rights Watch, a US-headquartered campaign group, said the Beijing Games were “tainted by censorship and repression” and called on its international sponsors, including Visa, Coca-Cola and Omega, to use their leverage to address alleged rights abuses in China.

This week, New Zealand also said it would not send diplomats to the Beijing Games, but cited worries over the spread of Covid-19 rather than political concerns. The UK parliament also voted in favour of a non-binding motion for a diplomatic boycott of the Games in July.

Scoreboard is the Financial Times’ new must-read weekly briefing on the business of sport, where you’ll find the best analysis of financial issues affecting clubs, franchises, owners, investors and media groups across the global industry. Sign up here.